Down at the School of Visual Arts archive they’ve got a tidy selection of James McMullan’s magazine work from the Sixties through the Eighties. I love this one, a cover for New West magazine circa 1979. In his wonderful book, Revealing Illustrations, McMullan said:

The challenge in evoking the idea of paranoia, essentially, was to think of a potentially dangerous situation in which it is not clear whether the danger is real or lies in the mind of the subject. The image I came up with was a man seen from the back, at fairly close range, but walking away from the viewer. The man turns his head sharply, as if to discover something behind him, and indeed, there is something behind him, for we see an ominous shadow of a hatted figure cast on the man’s back. I also imaged the scene behind the fire would include a house or some other kind of landscape that would establish the locale as California. It was a simple idea that depended on the expressiveness of the body gesture and the man’s face to make it succeed.

…In doing the actual painting, I was surprised by how interesting it was to establish a shadow lying across the herringbone material of my jacket—much more interesting than it would have been on the plain light material worn by my model. I painted the shadow in several layers, adjusting the color of the pattern within it to give it a warmer glow and make it look like it really sits on the surface. It is my favorite part of the painting. 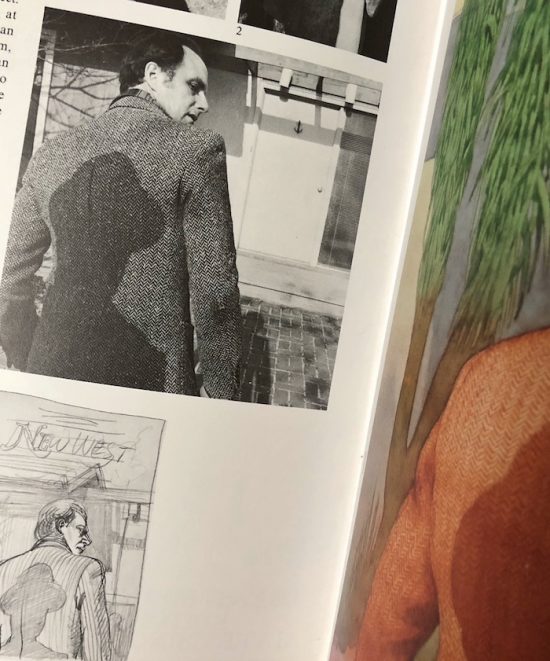 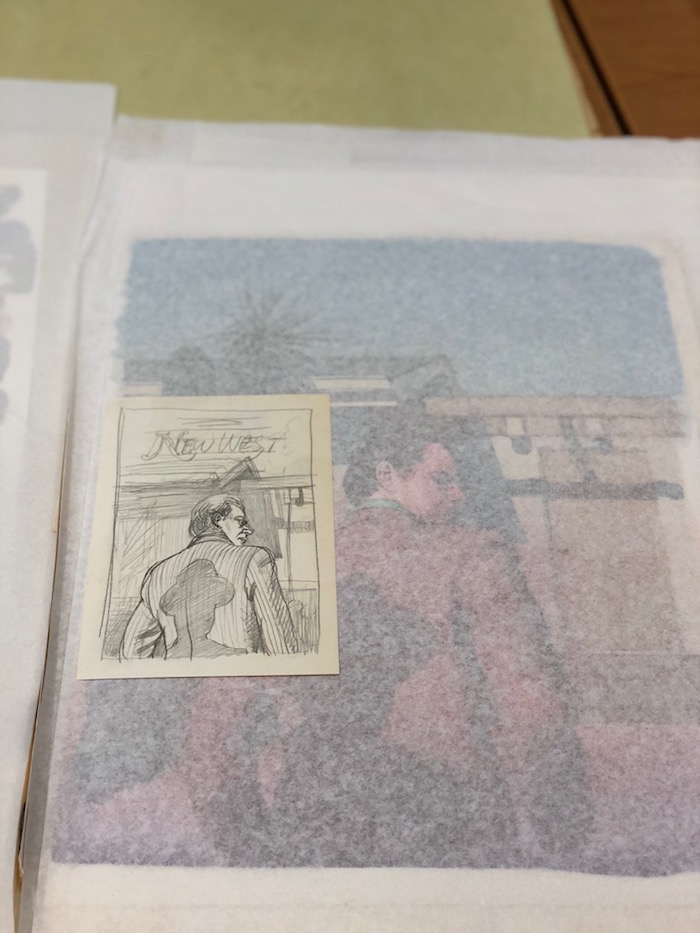 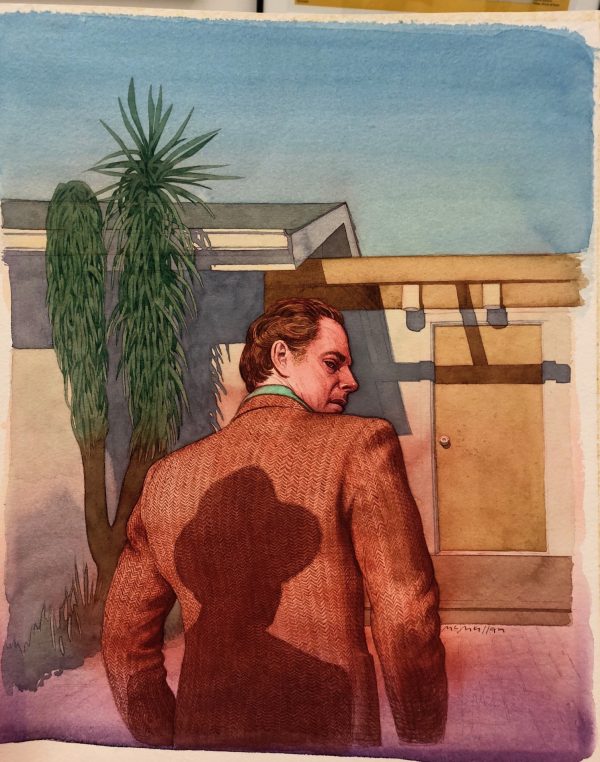 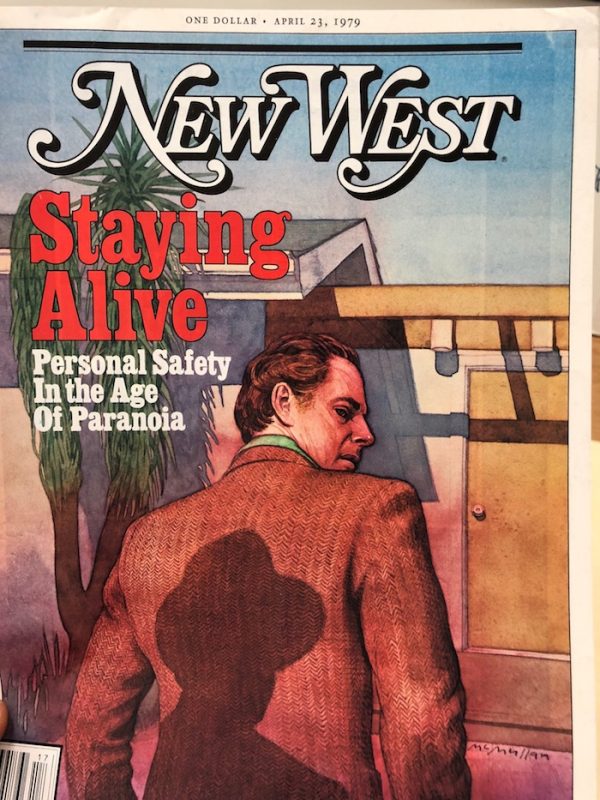